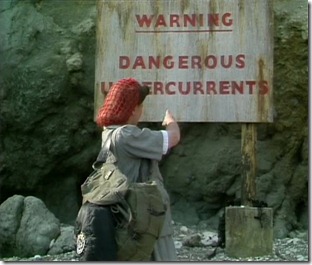 I find ‘The Curse of Fenric’ endlessly re-watchable and I think part of this is the multiple layers of the writing. On a basic level it is a base under siege story with ancient evil and vampires but it is much more than that.

There are reoccurring themes throughout the story that informs both the characters and the events. One of those themes was faith, as discussed earlier, but the other theme is undercurrents.

This isn’t as straightforward, embracing many different elements. Undercurrents are literally sign posted as a danger early on. It is established early on that the haemovores are part of that danger, dragging people under the water and changing them.

Undercurrents come to represent things beneath the surface. They are frightening because they are unknown. For Ace her emotions are the undercurrent, lurking deep within her and she isn’t sure what they will make her do. This is demonstrated by her reaction to Gabriel Chase. It frightened her and her reaction to it was to burn it down, something she feels guilty about.

It is also represented in her feelings towards her mother. On the surface she says she hates her but her true feelings are more complex than that. When facing death Ace screams “Mum, I’m sorry!”

Ace feels guilt for her actions. She doesn’t understand the emotions that make her do the things she does. Not being in control frightens her more than the monsters she encounters. Players can add depth to their characters by remembering that what they show the rest of the world is only the tip of the iceberg. There is great complexity they keep hidden.

Thematically undercurrents also represent things from the past surfacing to haunt the present. This includes everything from Fenric’s curse, norse legend and even Wainwright’s self-doubt about following in his fathers footsteps.

It also includes burgeoning sexuality. Maiden’s point, the transformation of the east end teenagers into vampire seductresses, Ace’s flirting with the soldier and her re-evaluation of whether she’ll be a mother all fall under this category.

What does this mean for your game? A strong theme adds variety to your scenario. It isn’t just the monster or location that gives a plot a different feel but also the message behind the plot.

You can design adventures around specific theme. Examples could include something simple like ‘Fear’. You could interpret this as ‘What does fear make us do?’, ‘What is the purpose of fear?’ or ‘What is the origin of fear?’

This could lead you to have an adventure where the leader of a colony is using fear to lead a war against the native inhabitants of a planet or a scenario in which aliens are removing fear from people, leading them to injure themselves as they are no longer prevented from trying dangerous things. 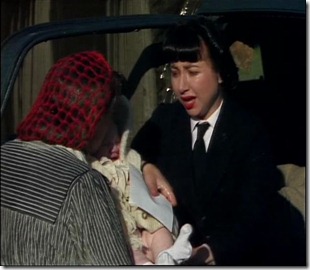 Your theme could be more general such as ‘Old’, allowing you to explore ideas of decay, coming to the end of a life and heritage or ‘A life is precious’ letting you show that everyone is worth saving.

You can also include more than one theme. This helps to further customise the adventure and prevents one single message from being too overbearing. Although not essential it does work best if the themes complement each other on some level. If their message contradict each other your players will be rather confused about the point you’re trying to make.

In ‘The Curse of Fenric’ there is a reoccurring theme of people turning against their guardians. This is demonstrated in Judson’s anger at Nurse Crane, Phyllis and Jean’s resentment towards Miss Hardaker and even Ace yelling at the Doctor for not telling her everything.

We also have the horrors of war, represented in the development of chemical weapons and the idea of two sides working together which is shown by having the British and Russian soldiers team up against the haemovores and in the solution to the Doctor’s problem.

Themes are a great aide to writing adventures. They give you a central idea, let you assign motivation to your NPCs and suggest scenes where the ideas of the theme are explored. It doesn’t matter if the player’s recognise the theme, they often work on a subconscious level. What is important is the ‘feel’ they give the adventure, an emotional core that is felt by the players themselves.

Exploring these themes can be a cathartic experience for the player characters. Themes that reflect part of the character’s make-up let them work through their issues and hopefully come out better for it.

If you want to emphasis a theme in a game you might consider giving a small +1 or +2 bonus for actions that fit the theme or an extra story point if they role play a scene that fits.

‘The Curse of Fenric’ is a good example of using the time travel part of the series to link to a character’s past. In this case Ace unknowingly meets her grandmother and mother, addressing her feelings towards her maternal figures.

You can do this in your own games, letting characters meet their ancestors or even descendants, allowing you to explore how actions in the past shape future generations. You needn’t even involve family members. It can be just as effective to see their home towns or culture in a different era, getting them back to their roots. 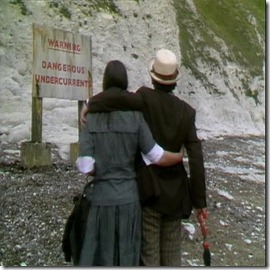 Fenric represents the manipulator villain, someone you can reveal had a hand in the characters past adventures. You can even do this retro-actively explaining possible plot holes in your earlier adventures, tying it altogether in one big scheme.

In this adventure Fenric claims to be behind the time storm that moved Ace to Ice World and Lady Peinforte to the modern day in ‘Silver Nemesis’. It makes sense and establishes the villain as being involved in the main character’s past, even if they were only just introduced in this story.

If you like to plan ahead you can design several adventures to be part of a single master plan, revealing how they were all connected when the mastermind makes his appearance. Several seasons of New Who have followed this route, such as the slow reveal of Mr Saxon or, most recently, the Silence.

The other benefit of establishing this pattern is that players won’t be as concerned about unanswered questions. Rather than worrying that they’ve failed to work everything out they can anticipate the eventual reveal where all the pieces come together.

This entry was posted in 7th Doctor, Curse of Fenric. Bookmark the permalink.