Cult of the Daleks, Part 2 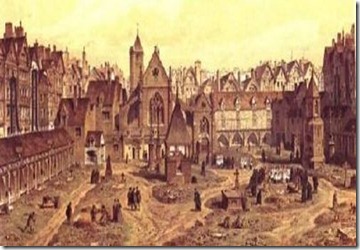 We started the game with Phillipa landing in a hedge row. I described the cool night air around her, the stars above and the stone buildings of the city. She was disoriented, as was her player.

I explained that she’d spent a week on the Dark Sun space station, distress calls being received from all directions. Although the suns still gave out enough heat to prevent planets from freezing the lack of light was causing chaos.

With no choice and the holographic Inspector getting very low on power, she used the Time Band to try and track the TARDIS’s path. In the vortex she felt as if she had been tackled to the ground (her collision with the time corridor) resulting with her emerging into real space.

I took this approach to get across both the sense of confusion Phillipa was feeling and the desperate situation that she found herself in. The time band burst into flames, forcing her to discard it. Where ever she was she was now stuck.

She established she was in a city and nearby she saw a procession of horses pulling carts covered in black cloth. Between the horses were priests, praying as they ascended the hill to the house she stood next to, the ‘la maison de la Tombe Issori.’

I showed them some photos of the film ‘Perfume’ which is set in the right period of time, to give them an idea of the clothes those following the procession were wearing. From the fashion they correctly guessed they were in the 18th century.

Deciding to hide until she knew more Phillipa kept to the shadows. She watched as the first cart came to a stop outside the house. Workers unloaded crates and went inside. Only a few minutes had passed when there were screams of terror.

The workers rushed out, shaken by what they’d seen. They exclaimed that one of the workers who had been waiting at the house, Leon, had been murdered. The priest, Noel, was shocked by this and told the others to fetch the Inspector.

The holographic Inspector took this as his cue and stepped out of the darkness, introducing himself. The priest explained that he wasn’t the Inspector they were expecting but he was welcome to cast his eye over the crime scene.

With Phillipa acting as his assistant the Inspector entered the house, filled with piles of bones and religious artefacts. As they proceeded up to the top floor of the building the time travellers wondered what this place was.

Leon was found sprawled on the floor, his shirt soaked in blood. A medical examination of the body by Phillipa revealed he’d had his neck snapped and curiously there was not a single cut on him. The blood belonged to someone else.

The Inspector spotted something under a nearby crate but had to have the priest retrieve it. It was a gold letter opener in the shape of a crucifix, its blade covered in blood. Noel explained that it was being stored there, as were many artefacts from the churches that surrounded Paris.

Inspector General Charles-Axel Guillaumont arrived, angry that there was another delay in the project he was overseeing, dismissing the workers fears that this was the work of ghosts.

The Inspector initially believed that Guillaumont was just another police officer, which angered the Inspector General, demanding that he be spoken to in a manner appropriate for a man of his stature.

None the less Guilllaumont was impressed with the clues that the Inspector and Phillipa had so far uncovered. The time travellers had identified the cause of death and suggested that he’d injured his attacker with the letter opener. The amount of blood suggest it had been a grievous wound. Whatever had killed him had been flesh and bone, although they still weren’t sure if it was human.

Based on this evidence Guillaumont agreed to let them continue investigating the murders. At the Inspectors request he agreed to have the body taken to a doctor to be examined, along with samples of blood taken from the letter opener.

Although their words were being translated Guillaumont could still tell that Phillipa and Inspector were not local (an attempt by the Inspector to speak in French resulted in those around him hearing Welsh). In return for their service Guillaumont offered them the servant quarters in his home, his own staff having left for the countryside to attend to a family crisis.

On the way to his house Guillaumont explained how the bones were being placed in the catacombs beneath Paris and the deaths that had plagued the workers. Some had vanished, some had initially appeared to have died in tragic accidents and others were thought to be muggings until it was realised what the deaths all had in common. That they were all men who worked in the catacombs.

Guillaumont was determined not to let down King Louis 16th and happened to mention the year as being 1788. Phillipa made her ingenuity+knowledge roll to recall that they were just one year away from the French revolution. She definitely didn’t want to stay around for that.

At the Inspector General’s house Phillipa slept soundly for the first time in a week. She awoke to find Guillaumont cooking breakfast, with what little food he had. This was the first time she’d seen him without his powdered wig, although he quickly replaced it once she entered the room.

Phillipa had to pretend to wake the Inspector, when in fact she was just turning the hologram back on. Over breakfast (the Inspector excusing himself from eating due to a poorly stomach) they asked if Guillaumont had heard of any sightings of the TARDIS. Their description of a black box didn’t sound familiar to the Inspector General, disappointing the time travellers.

They proceeded towards the doctor who had been tasked with examining the body.  Along the way they noticed the poverty which the common folk lived in. Nearby a man argued with a baker over the ever increasing price of  bread. Phillipa could see the conditions which would lead to the poor overthrowing the rich.

The doctor was a friend of Guillaumont’s, a round, red faced man named Felix. The Inspector didn’t make a good impression. He first extended his hand for the doctor to shake, only to realise that he was immaterial. For fear of worrying the locals he snatched his hand away just as Felix was about to reach for it, waggling it in front of his nose in a very rude manner.

Felix’s examination room was poorly equipped but his examination of the body confirmed what Phillipa had discovered. The blood was human and foreign material suggested the attacker had been stabbed in the lower intestine.

Not only would the attacker likely have bleed out very quickly, before he died of blood poisoning, he’d have been in intense pain. Despite this the attacker had continued to choke the worker until his neck snapped. Felix had little time for Phillipa’s suggestion that a gorilla was the killer.

Deciding that the only way to get to the bottom of the mystery was to descend beneath the city the Inspector persuaded Guillaumont to allow them to go into the catacombs. Reluctantly the Inspector General agreed, as long as they went with one of the groups of workers.

For extra safety the Inspector asked Guillaumont to provide Phillipa with a weapon. He did so in the form of his sword cane, requesting that Phillipa take great care with it in the tight confines of the catacombs.

The time travellers left his company, determined to find out what was hidden beneath their feet.