“You see, with the Kinda, they seem innocent enough, and they smile a lot, or they used to.” 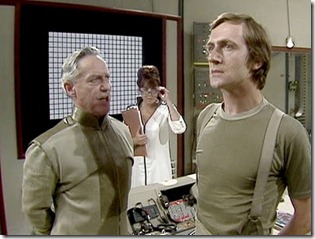 ‘Kinda’, by Christopher Bailey, is a story about colonisation and mysticism. Colonisation is a thorny issue and a theme that Doctor Who regularly returns to. The advancement and expansion of humanity is celebrated in the series but we’re regularly shown the high price others pay for this development.

The colonists behave and dress in a manner that is reminiscent of 19th century, the age of the British Empire. From the plinth helmets to the view that the natives are nothing but savages this is a by-gone era put in an alien environment.

For those reluctant to run a purely historical game this is a good example of how you can take those elements of the past and put them in a science fiction environment. They say history repeats itself and there is no reason that events from our past couldn’t occur in futuristic settings or among alien cultures.

In this case the colonists behave according to self imposed code of conduct. In one of the early scenes Hindle lodges an official complaint against Sanders for failing to institute an around the clock alert. Sanders counters by berating Hindle for his lack of proper dress and uncombed hair.

Rules and regulations bring order and some sense of normality to their remote posting. It is only by going by the book that they can maintain their culture. Even in episode 1 we can see that Hindle is cracking up. Over the course of the story he tries to gain more and more control in order to feel safe.

This code of conduct can be turned to the player characters advantage. The Doctor demonstrates this by persuading them that the proper cause of action would be to show Adric and himself some hospitality until the colonists were sure they had hostile intent. Their own fear of appear impolite rewards the time travellers with a free meal and valuable information, at least for a little while.

The problem is that they impose these same rules and regulations on other cultures. The colonists certainly view themselves as benign yet they’ve taken hostages. Sanders defends this action as pointing out that it is just standard procedure.

Even Todd, who has an inkling that the mute Kinda are more than they seem, is complicit in their capture. Her only protest is that it is illogical. She doesn’t think it is wrong or cruel, it just doesn’t make sense to her.

This behaviour has consequences. Already the colonists are aware that the Kinda are no longer as happy they once were. The prisoners are so traumatised by their capture they’ve gone into shock.

Like Todd, no matter how well meaning their actions, the player characters might have a similarly negative effect on the alien races they encounter. Travelling to new worlds the time travellers can easily act thoughtlessly, damaging the minds of those around them just by the way they behave or the technology they use.

You can also use this as the motivation of your alien invader who comes to Earth. They might simply be a scientist, capturing samples or examining the local life but from our perspective they are carrying out abductions and tortuous scientific experiments.

From our own history we can see the dire consequences that colonists have on the natives. They can bring sickness, slavery and drastically change their culture by introducing things the natives are not ready for. This often leads to loss of life and in many cases bloody uprising.

We can see then that colonisation is dramatic event to centre an adventure around. It can be argued that the start of any plot is a change in the status quo. The protagonist is forced to respond to this change and it his actions that drive the narrative forward.

Since it is likely that the majority of Doctor Who games will centre on time travellers wandering the universe there isn’t much that effects their personal status quo. As the games master you can only hope that they have enough empathy to become involved in events.

This sense of detachment can be beneficial as you can take the same plot and have it develop several different ways depending on who the player characters decide to side with. They might favour the natives who are being oppressed or they could emphasis with the colonists who are only doing their job in order to improve their culture. They might also remain neutral, seeing both sides of the arguments.

A lot of their decision will be based on how you have either side act. If the natives respond with greater brutality than the situation warrants then the player characters might see them as savages as well. A more proportional response and displays of intelligence will allow the player characters to view them as the wronged party.

On the other side of the conflict the colonists can be made the clear villains if their actions are especially cruel. Likely they’ll have superior technology, able to gun down the natives or burn their forests.  The colonists become easier to side with if they use this technological advantage only to protect themselves rather than committing genocide.

By mixing and matching these qualities you can create very different stories from the same set up. You can have savages attacking noble colonists, peace and wise natives being exploited by cruel colonists or have both parties equally bad or equally good.

The deciding factor to how the story ends, as always, is how the player characters react. It is their influence that will tip the scale in favour of whoever they’ve allied themselves with. As outsiders either party is likely to recognise them as a neutral party that could give them an edge, giving you an excuse to get them caught up in events. 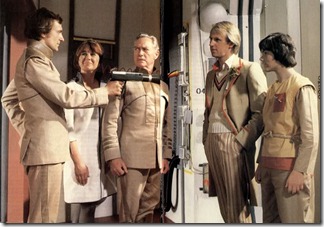 Plot twists and complications develop due to the people who make up the colonists and the natives. Each group will have people with their own view on how things should develop, whether it be peace or the outright slaughter of the other side. It is these people who make the player characters lives more complicated, opposing whatever cause of action they choose.

In the case of ‘Kinda’ it is Hindle who goes rogue, his grip on sanity quickly slipping away. His delusions threaten to destroy the jungle with fire and acid. He is a good demonstration of how the wrong man in the wrong place at the wrong time can put in motion terrible events.

Not to mention that there is a third party that becomes involved in this conflict, the Mara.

This entry was posted in 5th Doctor, Kinda. Bookmark the permalink.

1 Response to “You see, with the Kinda, they seem innocent enough, and they smile a lot, or they used to.”